Home / Blog / Sandboxing: Another Way for Google to Optimize Revenue

Sandboxing: Another Way for Google to Optimize Revenue 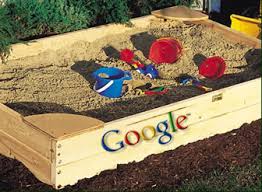 Yesterday I discussed the concept of normalization of CTR by position and how this factors into Google’s revenue optimization algorithm. Today, let’s discuss the “sandbox.” The sandbox is basically a holding pen for new advertisers or new ad text. Google does not fully show your ads when you initially launch a campaign, instead testing your performance in small bits until it has statistical significance about you. This is the sandbox.
My theory (again, without any supporting evidence!) is that sandboxing has several elements:

All of this amounts to a risk/return analysis for Google. Google always wants to increase revenue by allowing higher performing ads into the auction, but they want to balance that return with risk mitigation against lower performing ads that reduce the revenue per thousand impressions.
One interesting point about this theory is that it essentially considers two factors totally independent of your actual behavior, and just one factor that is account-specific. In other words, your control over whether you could ever actually show up on a given keyword is largely determined by the historical data Google has amassed before you entered the auction.
This truth, combined with confusion about CTR normalization, has led to the notion that you can – or must – “buy your way into the auction.” The notion is that if you bid $50 CPC on a keyword that would cost an existing advertiser $.20, you can push your way into even the most competitive keyword auctions. My sense is that this strategy works for overcoming sandboxing on the most challenging keywords, but has no impact on Google’s scoring of your CTR. So if you are stuck in position #40 on a top keyword, Google is basically saying “we don’t think any new advertisers can make us more revenue on this keyword, so go away.” In such a case, a huge bid gives Google incentive to lower the barriers to entry and give you a shot at competing. Of course, once you lower your bid down to the level of other players, you must still overcome CTR normalization like everyone else!
Any questions?