Home / Blog / Marin For the Win

Marin For the Win

“Put a glide in your stride, a dip in yo’ hip and come on up to the mothership…”  George Clinton I have a new title at 3Q Digital:  Marin Channel Specialist?  Why did my employer grant me this? It must mean that they reckon I’m pretty darned good at using the Marin platform.  I suppose they’re right.  :.)
As a matter of fact, if you’ll be attending the next ad:tech in San Francisco, make sure to stop by the 3Q Digital booth for, contained therein, will be a Marin Case Study based upon my work with a long-time client where our high-level implementation of their campaigns onto the Marin platform rocketed a formerly solid campaign to stratospheric levels.
Why am I so bullish on the potential of the Marin platform for all current and prospective 3QDigital Clients?
It is because Marin’s Dimension functionality makes the insights gleaned from our Alpha Beta process not only more obvious but much more actionable.
Our Alpha Beta process is awesome because it’s a fundamentally powerful methodology with a proven track record of account performance.  On the flip side, it’s also opaque to the uninitiated (which sometimes includes our clients), and the density of the data is such that to manage it well is resource-intensive for both the account manager and our production folks.
However, our advanced agency knowledge and expect use of the Marin framework can not only make the workings of Alpha Beta more accessible but allow the sort of manipulation of keywords that would be very difficult to do via more conventional needs. Via Marin’s Dimension functionality, account managers can retain the functionality of Alpha Beta but simultaneously make their campaign structure malleable enough for any sort of creative analysis. How can account managers make Alpha Beta campaigns more actionable in Marin?  First, they can splice and dice the account into appropriate keyword segments…each of which can be measured in separate dimension tabs.  If, for example, the core keyword is “shoes,” the account manager will want to categorize your segments into a series of parallel dimensions for optimal tracking.
Here’s how I’d “diment” the keyword “shoes”.
Dimension #1:  Phrases that describe the merchandise (e.g. Cheap, Free, Discount)
Dimension #2:  Phrases that describe the transaction (e.g. Online, Shipping, Website) that would likely be used in conjunction with the phrases that describe the merchandise and not instead of them.
Dimension #3:  Brand Names
Dimension #4:  Colors
Dimension #5:  Styles
Dimension #6:  Shopper Demographic (e.g. Men’s, Women’s)
Etc.
Could account managers segment this data thusly without Marin? Sure, by pivot-tabling themselves into a pretzel shape.  But, there isn’t any need for Excel Hell…they can just take the time to set up the Marin platform with the necessary depth and precision, and their initial work will serve their future management needs well. 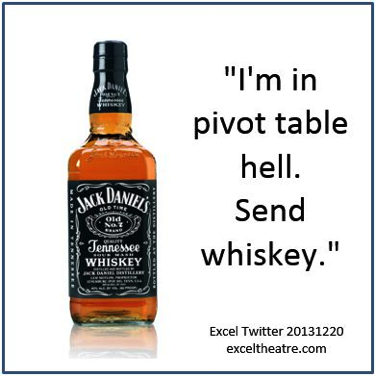 Once they’ve created Dimension layers, they can choose to algorithmically bid based upon that newly compiled data.  Now, a Marin account can have an unlimited number of Dimension layers, but only one Bidding layer…meaning that the account manager needs to decide which of the Dimension metrics makes the most sense as Bidding metrics.  It might well be that for Marin bidding, the account manager decides to stick with the tried and true “Alpha Beta” account construct and bid based upon that.  In one of my current accounts where 90% of the keyword volume involves variants of one keyword, I chose this option because I lacked the keyword diversity to do enough keyword segmentation to make a different decision.  However, I think for the majority of accounts, the correct choice would use keyword delineations (perhaps further segmented by match type) as the constructs of their Marin bidding folders.
In conclusion, I think Marin provides a necessary overlay to AdWords and adCenter that makes campaigns not only easier to manage but offers account managers a great deal of additional versatility not available in the AdWords/AdCenter UI.  An experienced, perceptive account manager well versed in the 3Q Digital Methodology that’s also creative enough to master the Marin platform offers their clients a killer combination of aptitudes that can milk the maximum ROI from whatever account they’re working on.  Account managers who either lack access to the technology or lack the training to use it optimally are placed at a severe disadvantage in generating the best possible results for their clients.