Home / Blog / Is Click-Through Rate Normalized by Position? Of Course It Is!

Is Click-Through Rate Normalized by Position? Of Course It Is! 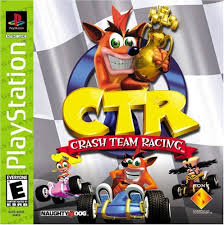 I have heard this debate numerous times, so I felt it was time to step in and spread some truth(iness). Your ad’s rank in Google is based on three factors: maximum cost-per-click, click-through rate (CTR), and Quality Score (QS). Given the fact that ads in higher positions tend to get a higher CTR as a result of user behavior (people click the first thing they see), many SEMs have concluded that an easy way to reduce your CPC is to simply bid at a high position when you launch your ads, get a great CTR, and then surreptitiously lower your bid and position over time. The idea here is that Google’s system will have already given you a lot of credit for your CTR, and you can then pay a lower CPC to maintain a good position moving forward.
This plan would make perfect sense, if only Google was run by idiots with no knowledge of math or programming. Google’s objective is to make money. They make money on AdWords by maximizing the revenue per thousand impressions (RPI), which is calculated by CTR X CPC. If people could actually game the system by getting a quick CTR boost and then quickly reducing bids to a lower position, Google’s RPI would suffer.  So how do you stop the gamers? Well, there’s two ways to do it: normalization and sandboxing. Since I’m trying to write a blog post almost every day, I’m going to save sandboxing until tomorrow. Let’s focus for now on normalization.
Normalization means that the CTR at a given position for a given query is compared to other advertisers’ CTR at that position. So if I have a 20% CTR in position #1 and you have a 22% CTR in the same position, assuming max CPC and QS are the same, you will show up ahead of me. And if I have a 20% CTR in position #1 and you have a 2% CTR in position #2, this does not necessarily mean that you will show up ahead of me, because Google might extrapolate that my projected CTR at position #1 might in fact be 22%, so given the same bid and QS, I could still out-place you.
Do I have any proof of this? No, I didn’t even bother to research other articles online to support this point. Logically, however, it is impossible that Google doesn’t normalize, because it would cost them millions or billions of dollars. Who’s with me on this?
OK, tomorrow we’ll talk about the sandbox and how this further prevents gamers from getting cheap clicks at Google’s expense!