AOL Marketers Are Liars, Just Not Very Good Ones 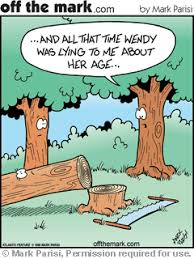 I’ve never read Seth Godin’s All Marketers are Liars, but I assume the premise is something like this: marketing by definition is the art and science of manipulating behavior. Manipulation implies altering perception, perhaps through half-truths and outright lies. Thus, all marketers must lie to consumers to effectuate a desired outcome.
It goes without saying that there are good marketing lies and bad marketing lies, and the difference between the two comes down to whether consumers actually believe the lie (which would be a ‘good lie.’) For example, if McDonald’s came out with a marketing campaign with the tagline: “Eating a Big Mac for Breakfast, Lunch, and Dinner is the Quick Way to a Healthy You”, consumers would dismiss the ad outright as fraud. Instead, McDonald’s doesn’t explicitly make this claim, they just happen to show very fit, outgoing young people enjoying their good health while enjoying a Big Mac. That’s the difference between a good lie and a bad lie.
Driving up and down Highway 101 – the heart of Silicon Valley – I’ve recently noticed two billboards from AOL trying to recruit new employees.  The first, seen below, has the tagline: “Come Work for AOL Before Your Boss Does.”
﻿ I’ve also seen another billboard with the tagline: You’re the Start-Up, We’re the Venture Capitalists.” I couldn’t find an image of this one, but it looks about the same as the one above. The message on each of these, I guess, is that AOL is stealing away top talent in Silicon Valley to work on cutting edge projects. You should join too and enjoy the freedom and vast resources of the AOL empire!
If I asked 100 people in Silicon Valley to describe AOL in a word or two, I suspect I’d get answers like: dinosaur, irrelevant, dying, and left-behind. With a reputation like that, it’s a stretch to convince dot-commers that their boss is on their way over to AOL. As Michael Arrington put it, “If you want to go work somewhere in Silicon Valley before your boss does, it’s Facebook, Twitter or Zynga. The pre-IPO startups.”
These billboards, in other words, are really bad lies, and no one believes bad lies. To be a good liar, you’ve got to understand what you can and can’t get away with. For example, I could see an AOL billboard that said something like this: “AOL engineers filed 2,438 patents last year. Yes, we said AOL!” or “The old AOL culture is dead. Come help us build the new one.” In other words, you’ve got to base your lie on a modicum of truth, and then use that truth to insert the lie into the mind of your audience. AOL seems to have decide that they can just skip this step and go straight to the lie, and that won’t work.