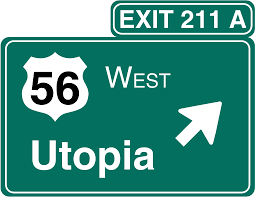 I’m always surprised to discover that anyone other that Steve in Des Moines, Chris in Palo Alto, Terry in SF, and Jeremy in Chicago actually reads my blog, so imagine my surprise when I got an email from Danny Sullivan at SMX contesting some of the points I’d made in my last post about SEM conferences.
For those of you (um, like Steve in Des Moines) who aren’t deep into the world of SEM, Danny Sullivan is a living legend. I’m not saying that to be sycophantic, he just is. He was writing about SEM before Google was even a twinkle in the eye of Larry and Sergei, and his Search Engine Strategies (SES) conference was pretty much the only place a nerdy SEM could go in the early 2000s to be surrounded by other people who actually found all of this search stuff interesting. After selling SES a few years back, he founded Search Marketing Expo (SMX), the conference I recently applied to – and was rejected from – as a speaker, and the catalyst for my recent diatribe on SEM conferences.
Over the last few days, Danny and I have had a frank dialogue over email about my blog post, SMX specifically, and SEM conferences in general. While it would not be appropriate for me to quote any of Danny’s comments from a private email conversation, he definitely convinced me that some of my statements about SMX were unfounded. In particular, I feel bad about the comment that SMX’s process of choosing speakers was based on “a complex vetting process that can only be described as a combination of Cronyism and laziness.” I’m now convinced that Danny and his team take speaker selection seriously and review all submissions carefully (though it is of course insane that they wouldn’t want me speaking on the panel I submitted to!)
And in general, I now see that Danny and his team have a genuine passion for creating great conferences and for trying to make SEM conferences better. I’ll be the first to admit that I stopped going to SEM conference sessions several years ago simply because I felt that “the definition of insanity was doing the same thing over and over and expecting different results.” So I’m almost ready to take Danny at his word and give SMX sessions a chance again.
Now that I’ve been uncharacteristically nice for this blog, there are still things about SEM conferences – SMX or otherwise – that trouble me, and I’ll use the rest of this post to outline my Utopian vision for the perfect SEM conference. Here, then, are BLANK ways to make SEM conferences better:
1. Speaker and Moderator Diversity: No doubt there are speakers out there who can prepare brilliantly for multiple sessions in a single conference, but my experience suggests otherwise for the vast majority of speakers out there. Moreover, because virtually every SEM out there has a unique approach to their trade, even if a speaker could talk on multiple panels, I still believe that more knowledge is shared when more people present.
2. Active Versus Passive Speaker Recruitment: Most conferences send out a call to potential speakers to submit their names for a panel. The problem with this approach is that it inevitably attracts consultants, agencies, and other sales organizations with ulterior motives. This is not to say that these speakers can’t provide valuable content (I know that I always try to . . .), but the best speakers are likely the ones who aren’t proactively volunteering. The “in the weeds” SEM nerds need to be coaxed to share their secrets.
3. Less Versus More Speakers: As Alex from ClickEquations noted in the comments from my last post, whenever you have more than two or three speakers on a panel, it’s impossible for anyone to actually share in-depth learnings.
4. Fewer and Longer Rather that More and Shorter Sessions: Basically the same point as above. I’d like to see 90 minute sessions with 2-3 speakers, rather than 60 minute sessions with 4-5 speakers.
5. Overwhelming, not Underwhelming Presentations: Rather than catering to the lowest common denominator, I’d like to see sessions where people leave scratching their heads, not yawning. Show me your algorithm! Decode Quality Score! Make my head hurt!
6. More Presos, Less Roundtables. As much as I hate to say it, there’s a time and a place for PowerPoint, and a conference is probably that time and place. Roundtable discussions are great if you want to hear theoretical musings from CEOs, and occasionally that is interesting, but for the most part I’m interested in tactical details. Plus, when a panel is filled with middle-level managers, a roundtable structure encourages rambling and a lack of preparation.
7. Required Draft Submission and Editing. Every speaker should be required to submit at least one if not multiple drafts to the moderator of their session, and the moderator should work hard to come back with constructive comments.
8. No Circuit Speakers: Anyone who speaks at more than 3-4 conferences a year should be banned from further speaking engagements that year.
9. No Computers on Stage: No emailing, tweeting, web surfing, or whatever else a speaker might want to do on his/her computer.
10. Free Admission for Experts!: OK, perhaps a pipe dream, but why not? Why not compel experts to join the audience – even if they aren’t speakers – by offering up free admission? This is already done for the exhibit hall, after all. (OK, this point is a bit of a silly one, but I felt like I needed to have 10 points . . . ).
So there you have it. Feasible? Utopian? Less cranky than the last post?